Riding the SAP S/4 wave - how will SAP users migrate to S/4HANA?

SAP’s stance is an interesting mix of carrot & stick.

The biggest carrot is true business digital transformation with S/4HANA as the enabler, and the biggest stick is the end-of-support deadline of SAP Business Suite in 2025.

Note the word “enabler” in the previous sentence - S/4HANA on it’s own will not magically make you more efficient and/or give you that killer advantage over your competitors. It requires a mix of people, process and technology changes - the scale of which are only now becoming clear as more S/4 implementations go live.

So, how will the adoption rate of S/4HANA play out over the next few years? Short of taking a time machine ahead to 2025 it’s impossible to say, but there are several scenarios to consider :

1. Organisations wholeheartedly embrace the concept of S/4HANA and SAP’s marketing and the rate of adoption exponentially increases.

This is unlikely for several reasons :

The key blocker here is the business case - for many, there simply isn’t yet a killer reason to move to S/4HANA, so the costs of what is then seen purely as a technology change don’t stack up.

There’s a lot of research out there from Gartner, Forrester etc. that shows the majority of organisations are planning the move to S/4HANA. Our own research at the end of 2018 shows that about half are planning to start the move within 1-2 years with about a third in the 3-5 year timetable.

This is also the nirvana of the IT industry where supply and demand are predictable, there is a steady revenue stream for the next 5-6 years, rates remain competitive and staff turnover is low.

3. The current adoption profile continues for the next 3 or 4 years as organisation wait until the last minute and there’s an upsurge in S/4HANA projects from 2022/23 onwards.

Some organisations actively embrace the concept of Business Transformation, some are motivated by hardware obsolescence or data centre closure, and the remainder do it to keep in support.

Those moving before 2022/23 will benefit from increased attention of Systems Integrators who want S/4HANA business having invested significantly in developing capability and IP. Indeed, the whole SAP service ecosystem is now geared towards S/4 and if the uptake is slow there will be no shortage of partners and suppliers wanting your business.

Those waiting until later will benefit from the continual improvement of business case development and the refinement of the actual migration process. However, they may want to consider a risk that they may not have appreciated - will there be enough good SAP consultants around to fulfil demand? If a significant proportion of SAP’s customer base want to migrate to S/4HANA in that 2 or 3 year window, there will be a major impact on the pool of available SAP S/4HANA skills. Rates will rise and only those willing to pay them will get the best people. Those who don’t may not be able to deliver promised benefits, or even the project itself, in time.

S/4HANA migrations for many organisations will be a minimum duration of 9 months, some considerably longer, so good planning is essential and planning backwards from the end of 2025 is not necessarily a good idea.

4. Organisations don’t believe that SAP will stick to a deadline (2025) and carry on with ECC.

Again, an unlikely scenario for the vast majority as brinkmanship carries significant risk but there will always be organisations that take this approach. Alternatively they are migrating away from SAP, only use limited functionality and develop in other technologies, or are simply comfortable in their place in the world.

Over the last year I’ve even encountered organisations running R/3 3.0F and 4.6C so for some “if it ain’t broke, don’t fix it” is an entirely valid strategy. And, there will always be organisations like Rimini Street and Spinnaker offering services to support this.

Unlike the move from R/3 to ECC, SAP have been consistent with the published end of support date for ECC.

So how will the SAP user-base migrate to S/4HANA?

Will there soon be a tsunami of S/4HANA implementations/migrations as in scenario 1? I'm not holding my breath.

Will there be a dearth of organisations moving to S/4 with SIs circling, ready to dive in at the first sniff of blood? Again, probably not.

Research (and common sense) suggests that most organisations are planning intelligently as in scenario 2, but published research is a point-in-time view and given the current political and economic uncertainties (especially in the UK), it’s not beyond the realms of possibility that organisations re-plan and we move towards scenario 3 - which should be avoided at all costs.

If you want to know more, contact us here. 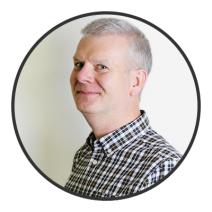 Do you really understand what’s new in SAP S/4HANA?

Don’t allow IT to lead your SAP S/4HANA migration. Here’s why.

SAP S/4HANA was launched way back in 2015. After a slow start this latest generation of SAP ERP has proven that it is a worthy ...
Start Reading