Do your team know where they fit in your SAP S/4HANA project?

I mentioned in a previous post that business adoption was all about meeting people where they are at.

Then you must find a way to get them inspired to change, and more importantly, to take responsibility and own that change.

The context for that blog was an SAP implementation, but how about inspiring adoption and change in a broader context? How do you inspire an employee or a team to sign up to and deliver their bit of a business strategy?

I recently read an article in the Harvard Business Review by Graham Kenny, called ‘5 Simple Rules for Strategy Execution’. Stuart Browne and I had been having a chat about aligning elements of business strategy to process measurement for a client and I stumbled across the article while searching for some inspiration.

The article addresses the perennial challenge of how to execute on business strategy. Apparently, writing a strategy is fairly easy — delivering it is a bit trickier. It’s not a long article, but two quotes from the article struck me:

'It’s one thing to design a strategy in the boardroom and quite another to get it operating at all levels of the organisation.'

'The very nature of strategy statements works against their execution. They’re developed at the organization level but implementing them involves individuals in specific departments.'

If I paraphrase, and do so rather heavily, people at the top of an organisation might decide the strategy, but it’s the people below them that actually execute it — or not as the case may be!

The rest of the article was brief but helpful and it even included 5 tips to help address the problem.

My first proper job was working for a Japanese business machine manufacturer based in the North West of the UK. I’d had other jobs, but this was the first one where I had a business card if you know what I mean. Fresh out of college, I worked in the material control team responsible for dealing with parts and materials coming in from local suppliers and from our parent company in Japan.

Looking back, the four years I spent there in the late 80’s were formative for me as a professional and gave me insights into approaches and techniques that have benefited me throughout my working career.

I was exposed to Just In Time manufacturing approaches and Japanese process and performance improvement tools and techniques. There was even things like employee performance contracts and appraisals – but more on that later. They also trained me as an ISO9000 auditor, or BS5750 as it was back in the day.

But it wasn’t just its production and quality management practices that were exemplary. The way in which business strategy was brought to life and made real for its employees was forward thinking. At the time I perhaps took it for granted, but a few weeks back I had a flashback to a moment on the factory shop floor way back in the early 90s.

The context for this shop floor story was a visit some six months earlier by the Japanese chairman.

He had visited the UK to meet with the MD and board of the UK business and to set out the strategic objectives for the next 5 years.

He wasn’t after a round of applause — he wanted the board to take the objectives away and consider how they planned to deliver them.

Once each of the board members had broadly decided how they might deliver their piece of the jigsaw, they met with their direct reports to ask them for their ideas on how they might support that delivery.

At each level they were encouraged to talk to their peers in other teams that worked alongside them to highlight and agree how they would need to work together and support each other in delivering a common goal.

And on it went, down the structure to the most junior members of the organisation.

The plans, activities and ownership were then documented at each level and rolled back up into a presentation that the board would deliver to the Chairman on his next visit.

The activities and targets also formed the basis of individual and team performance contracts. The whole process took around 6 weeks from visit to visit.

And so, to the story.

I was walking down one of the production lines chatting to a production technician. Coming towards us was one of the warehouse operators called George. He was pushing a ‘bed’.

A ‘bed’ was a large flat trolley that was used to collect and transport flat packed cardboard boxes from line side to the compactor. George had personalised his ‘bed’ with cardboard and packing tape. He had holders for his clipboard, a holder for his marker pens, and his packing tape. On this particular day we noticed that something resembling a car number plate had been attached to the front to the bed. It read 'GEORGE 1’ and underneath had the words ‘Cardboard Engineer’ spelt out in marker pen.

I couldn’t help myself. "Building your part up aren’t you George? It's only collecting cardboard." George cleared his throat and explained.

"I collect cardboard from the areas next to the line where it is stacked. There isn’t much spare room, so it's important I clear the cardboard regularly. If I don’t, the cardboard has to be stacked in the only other safe place, the area allocated for finished goods.

If that happened every day, we’d miss our weekly production targets.

If that happened every week, we’d miss our monthly targets.

You might think it's only cardboard. But what do you think the chairman would think of me if I stopped him delivering his 5 year plan?

I don’t think I knew what to say. I remember feeling a bit awkward and even a little embarrassed. Partly because I didn’t think I could articulate my role in delivering the ‘5 year plan’. Certainly not as clearly or as passionately as George — George the Cardboard Engineer!

So, that was almost 30 years ago. Things will have really moved on since then, in terms of developing and disseminating strategy? Surely an approach I’d witnessed delivering results that long ago would be old hat by now? Sadly, based on the practices I have witnessed in the past few years at some large blue chips and public bodies I’m not sure that’s the case.

So what’s going on?

Businesses still have strategies, don’t they? Business directors, managers and staff are all focused on executing those strategies, aren’t they? I’m not so sure.

Not sure I can say it's been true of many (any?) of the organisations I have worked for over the years.

So why is that?

Perhaps it's just too complicated/time-consuming/bureaucratic/etc. (delete as appropriate)? Perhaps the view is that anyone that’s any good should just know? And if they don’t know, they shouldn’t be working here, right? I’ve heard that before now.

Perhaps we’ve just had enough of strategy being developed 'right to left’ and delivered 'left to right'. How about developing ‘top to bottom, then back up to top’ (granted it doesn’t sound that catchy). You still have to think 'future back', but delivery is more joined up, with more buy in, more commitment and it’s more likely to succeed.

The real question is how that might work in practice. What that might mean for us as business leaders?

Well, leader or not, if you want someone to do something for you a good place to start is to tell them what you want.

You might also want to tell them why you want them to do it. And, If you can set it in some sort of context that would be a bonus. That way they can see why their piece of the overall jigsaw is important to the ‘big picture’.

And, if you can help it, don’t tell them how they should do it.

There are two reasons for this. Firstly, they (the who) are the experts on their job. You might not be. Secondly, if you give them the ‘what’ and let them decide the ‘how’, they might feel more of a sense of agency and as a result be more likely to take ownership.

So what is your job as a leader?

First, to explain the process of delivering strategy to your team, and to make sure your team do the same to their teams, and so on.

The process is: you set out the objective, then, explain why it’s so important.

Set it in context. Ideally set out how and when progress will be measured.

Finally, make sure you allow time for the ‘doers’ to reflect, discuss and plan. Then ask for: their feedback; their buy in; their plans; and their commitment.

Oh, one final thing. Be prepared for challenge. If they have to deliver, they may well tell you on what terms before they commit.

It’s a different way of thinking about communicating. A way of communicating with a purpose. A reminder, if we needed one, that communication is a two-way process. Just like strategy implementation.

If you want help communicating your message and improving buy in and adoption on your SAP project get in touch.

(By the way, could you see what I was doing in those last paragraphs? Harking back to my Japanese problem solving. I was just a ‘Where’ away from a 5W1H!) 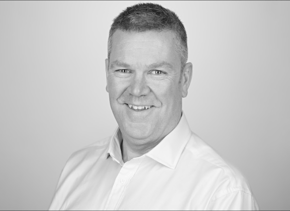 In the darkest depths of a University Lab a policeman and a nurse burst through the door to uncover the sick experiments of ...
Start Reading
Ross Barnes-Moore 16-Mar-2022 15:46:02 8 min read

5 Things nobody tells you about moving to S/4HANA

1. Fiori coverage is patchy  in S/4HANA SAP’s UI has been dull for decades.  SAP GUI was outdated in the late 90s, so 25 years ...
Start Reading