Spotting the wolves in sheep's clothing on your SAP programme.

Once upon a time, there was a young shepherd who spent his days tending to his sheep in a large field at the edge of the dark forest. Despite his tender age, the shepherd was very experienced - watching and protecting his flock was what he had always done.

Nobody knew his sheep better than him. Nobody understood the effect of the weather and the local topology on how and when the sheep grazed the way he did. Nobody understood the risks the sheep faced each and every day. Particularly from the large wolves that lived in the dark forest. You could say he was an expert in his field. The shepherd had worked for a number of farmers and heard that one of the farms on the other side of the forest was looking for some help.

You could say he was an expert in his field.

When the shepherd started his new job, the farmer told him he was responsible for the welfare of the sheep and if there were any potential risks that threatened their safety, then he was to bring it to his attention immediately. The shepherd agreed and set about his work.

He walked up to the field by the dark forest and surveyed his surroundings. The field boundaries were marked by a low stone wall. High enough to keep sheep in (they’re not woolly jumpers at this stage) but too low to keep a wolf out. In the corner of the field closest to the forest, the wall had partially collapsed. Behind the wall was a ditch which the sheep were reluctant to cross but the fallen stones provided convenient stepping stones for anyone or anything wanting to enter the field.

“I got someone in to build the wall. I’d never kept sheep before so I wasn’t sure what I needed.

They said they were the experts so I relied on their advice.

They gave me two options, but they said a lower wall would be cheaper and it would be ‘sufficient’ for my needs. Besides, the threat of attacks from wolves in the dark forest was very low.

I agreed but once they completed the first section, I told them I thought it was too low and not suitable.

They said they had built the wall to the design I approved and if it needed to be higher I’d have to raise a change with them.

Then they told me it would be more than double the original cost. I needed the wall on time as the sheep were arriving and I couldn’t afford the delay or the additional cost.

So, I stuck with the low wall.

“What about the collapsed section?” asked the shepherd.

“I went out the day they finished the wall, to have a look and check it was secure. When I pushed that section at the top it collapsed.

I rang them and told them it wasn’t fit for purpose. They told me it was fine when they left.

When I asked them to come and fix it, they said I’d need to get another contractor as I’d agreed the wall was fine and they don’t do maintenance, only the initial build.

'And if the wolves come?' I asked.

'Shout very loudly and someone will come.' was the less than helpful response.

I asked if that would be someone from their company but they said no. They suggested the maintenance company may help but they didn’t seem very sure!”

“I see.” said the shepherd. His brow deeply furrowed as he stroked his beard. “But from my experience, there’s a real risk to the welfare of the sheep if we don’t have a proper wall.”

“That’s why you're here. You can shout ‘wolf’ if you see one and it will either run away or people will come to help you.”

"Which people?" queried the shepherd.

“I’m not sure but people will help if they know there’s a wolf.”

“I’m not convinced.” was the shepherd’s retort.

The next day, the shepherd took the flock into the field.

While the sheep grazed quietly on the slopes, he set about repairing the collapsed section of the wall.

It was a strenuous task and not one he was experienced in but he tried his best.

As darkness fell, he spotted a wolf at the edge of the forest. The wolf made its way to where the wall was previously collapsed. It put its paws on the now rebuilt section then came eye to eye with the shepherd.

But from my experience, there’s a real risk to the welfare of the sheep if we don’t have a proper wall.

The wolf was startled and ran away. Sometime later the farmer appeared.

“Where’s the wolf? he asked of the shepherd.

“I startled him and he ran away.”

“Are you sure there was a wolf?”

“Quite sure. I stared into his yellowy eyes and saw his sharp teeth glinting in the moonlight.”

“Mmm, Ok.” was the unconvinced reply from the farmer.

“Where is everyone else?” asked the shepherd.

“Well, the people who maintain the wall said they don’t cover evenings, it’s not in the contract. And the builders said it’s not their problem, they don’t provide support, they only do the build.”

The shepherd sighed and responded, “I managed to fix the collapsed part of the wall but I’m still worried the wolf will just jump over and get the sheep. Why don’t we stop that from happening and put fencing on top of the wall?”

“Well, it’s expensive and we don’t get wolves that often. Just do what you did tonight and cry ‘Wolf!’ if you need to.”

The next night, the shepherd saw the wolf again. His paws were on top of the wall as he prepared to jump into the field.

“Wolf, wolf!” cried the shepherd. Again, the wolf was startled and disappeared back into the dark forest but the shepherd knew he would be back tomorrow. Sometime later, the farmer appeared.

“I thought you said there was a wolf?”

“There was. I scared it and it went back into the forest. But, I think there is a risk that it will come back again, grow in confidence and eventually it will jump the wall. If that happens, the sheep will be killed. To avoid that risk, I think we should build a fence.”

“No!” said the farmer, resolutely.  “It’s not a major risk. You keep doing what you are doing.”

The next night, the same happened all over again but this time the wolf jumped into the field before the shepherd managed to chase him away, crying “Wolf, wolf!”.

“Where’s the farmer? asked the shepherd.

“He said there’s probably not a wolf anyway so could I check in with you when I had a minute. Where’s the wolf then?”

“But...there was!” pleaded the shepherd.

Too late, the farmhand made his way back to the farm.

The next night, the shepherd saw the wolf jump the wall.

He started to cry “Wolf, wolf!” but the wolf ran straight past him and after the sheep.

“Wolf, wolf!” he cried but nobody heard him.

The wolf set about the sheep, ruthlessly, methodically slaughtering them as the shepherd continued to cry for help.

The wolf stopped and looked at the shepherd, then let out a blood-curdling howl.

The shepherd watched in horror as another wolf jumped over the fence, then another and another. Now a whole pack was in the field and the killing continued unabated.

I think there is a risk that it will come back again...To avoid that risk, I think we should build a fence.

The shepherd ran to the farm but the farmer wasn’t there. He ran through the village shouting for help but nobody came on to the deserted streets. At the end of the village, he saw the lights on in the pub.

He barged through the door shouting “Wolf, wolf! Please help me!”

The whole pub went quiet. The shepherd saw the farmer stood at the bar. And who was he with? The farmhand, the owner of the company who built the wall and the maintenance contractor.

“The wolves have breached the wall!” cried the shepherd.

“Why didn’t you cry for help?” the farmer shouted back.

The farmer, looking sheepish, replied. “But it was your job to look after the sheep."

“I tried and I told you there was a risk they would be eaten if we didn’t fix the wall.”

“It’s not your job to tell me how to run my farm. You’re fired!” exclaimed the farmer angrily.

“And you lot!” said the farmer, wagging his finger at the group assembled around him. “Meet me at the farm tomorrow. We need to build a fence and you’re going to pay for it. You should have done the job properly in the first place!”

“But, there’s no point.” said the shepherd quietly. “It’s too late. All the sheep are dead. The only thing they are fit for now is woolly jumpers.”

And the moral of this story is? Discuss...

Do you need an experienced guide on your SAP programme?

If you need an experience guide to help you assess the risks on your programme, we can help. 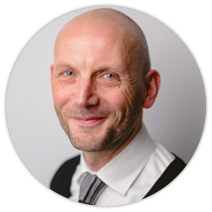 Is your ERP vendor managing you?

Who’s managing your vendor? So, you took the decision to outsource your systems support to your vendor.
Start Reading
Ross Barnes-Moore 16-Mar-2022 11:46:52 7 min read

Has your SAP programme got MRSA?

This is part of our SAP success report. You can download the full report here.
Start Reading